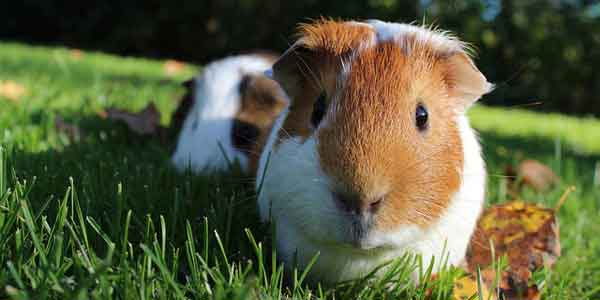 Last week, ALN Magazine published the results of its annual survey regarding laboratory animal use. The survey is administered to ALN readers, an audience consisting of professionals who work in animal research facilities for the government, universities, industry, hospitals and medical labs.

Unlike the United States Department of Agriculture’s (USDA) Annual Report on animal use, which only reports on Animal Welfare Act (AWA)-covered animals, the ALN survey actually collects data on all animals that are used in research.

The ALN survey revealed that rodents continue to be the most popular laboratory animals. The percentage of researchers working with rats, mice and guinea pigs increased from 86% last year to 91% this year. Nature never intended for these animals to be stand-ins for people, yet the research community continues to rely heavily on rodents because of conveniences such as their small size, their relatively low maintenance cost and their fast reproduction rate.

The survey also revealed that cats and dogs were the next most commonly used animals. Use of cats and dogs saw an 8% decrease, from 40% of respondents in 2015 to 32% this year.

The next largest group of animals used by researchers were amphibians and fish. Use of these animals increased 9%, from 22% of researchers reporting using them in 2015 to 31% this year—and is anticipated to keep growing in the future. The USDA report does not provide any information about the use of these animals, as they are not covered under the AWA.

Fewer survey respondents are now working with nonhuman primates and farm animals than in past years. Last year, 40% of respondents reported using primates, as opposed to 24% who reported doing so this year. Use of farm animals, meanwhile, dropped from 35% to 28%.

The ALN survey revealed that bird use remained relatively consistent among survey respondents, with 13% reporting using birds in their studies. Unfortunately, the USDA does not collect or report on birds that are bred for research.

While we appreciate the transparency provided by this survey, it unfortunately highlights the inadequacies in the collection and reporting of animal use in this country. We find it unacceptable that mice, rats, birds, amphibians and fish are among the most popular animals used in laboratories, yet they don’t “count” as animals under the AWA.

NAVS will continue to advocate for increased transparency regarding animal use in our country, as this information is critical for improving animal welfare and determining whether we are succeeding or failing in implementing the 3 R’s—reduction, refinement and replacement—of animal use.

What are your thoughts on this week’s Science First? Send your questions and comments to sciencecorner@navs.org. We look forward to hearing from you.

Rats, mice, and guinea pigs continue to be the most popular animal model used in research studies, according to a February 2016 ALN survey.

This entry was posted in News and tagged Science First on July 4, 2016.
Comments are closed.