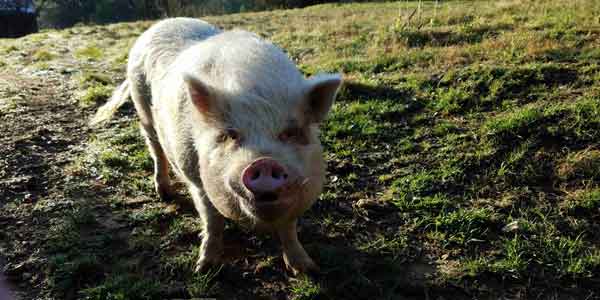 Earlier this month, Johns Hopkins University School of Medicine announced that it will be ending its use of live animals in a controversial four-session surgical training course.

In this class, students were able to operate on anesthetized pigs, who were later euthanized.

Audrey Huang, medical spokesperson for the university, indicated that the class was popular among medical students, but was ultimately eliminated because it wasn’t necessary. “The latest task force to examine the pros and the cons and the ethics decided that the bar has to be pretty high to justify doing this,” she noted. “The dean’s office and the task force that reviewed the course felt that the class isn’t essential for turning out a great physician in training, and it was the essential aspect of it that led to the decision.”

Now that Johns Hopkins has moved away from using live animals in medical training, only one remaining accredited North American medical school continues the practice: The University of Tennessee Health Science Center’s College of Medicine in Chattanooga.

You can help to bring about an end to this archaic practice. Please TAKE ACTION and tell the University of Tennessee Health Science Center in Chattanooga to stop using live animals to train their medical students.

Considering that all other accredited North American medical schools successfully train their students with human-relevant, non-animal methods, there is no justification for the continued exploitation of animals for this purpose.

We applaud Johns Hopkins for their decision to end the use of pigs for medical student training and look forward to the day when ALL accredited North American medical schools do the same. We are close, and with your help, we can get there.

What do you think of this week’s Science First?  Send your questions and comments to sciencecorner@navs.org. And please TAKE ACTION on this important issue.

Johns Hopkins University School of Medicine announced Wednesday that it has abandoned the use of live pigs to train students, joining all but one other U.S. medical school in forgoing a practice that’s long been criticized by animal rights activists who consider it unnecessary in the age of computer simulation.

One of the country’s premier medical schools will no longer use live animals to train its students.

This entry was posted in News and tagged Science First on May 30, 2016.
Comments are closed.