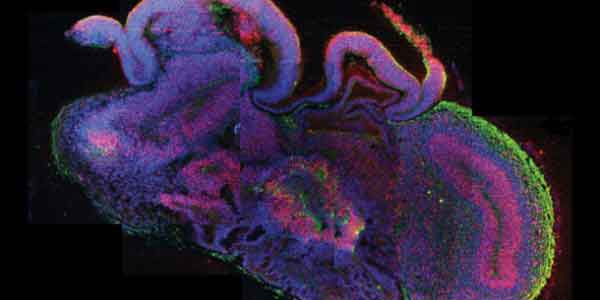 Last month, The Scientist published an article discussing the use of organoids, three-dimensional in vitro models aimed at mimicking the structure and function of organs. These research tools have applications in a number of areas of science, including studies of disease, toxicology and drug discovery.

We have been hearing more about these sophisticated models, both in scientific literature as well as in the mass media, and scientists have been weighing in on what they feel these models can, and perhaps cannot, do. One thing is certain, though: researchers agree that organoid models will reduce the number of animals that are experimented on.

An area of study that scientists believe will see a reduction in animal use is toxicology research. Differences between species can cause issues when extrapolating data from animal models to people. One advantage of organoids is that they can be created from human stem cells.

According to Dr. James Wells, professor of pediatrics at Cincinnati Children’s Hospital Medical Center, whose lab creates stomach organoids, “The fact that [the cells are] human is really important. There can be very different responses to drugs in a mouse and a human.”

Organoids also serve as powerful tools for personalized medicine. Dr. Melissa Little, who is using organoids to model kidney disease, commented, “Using the patient’s own cells is going to give you all the genes that are modified [in the disorder]. You’ll never get that in a mouse.”

Additionally, organoids facilitate research that would be considered impossible or unethical to conduct in people, including studies of developmental diseases.

Many researchers, however, seem hesitant to say that organoids will be able to fully replace animal research, with many viewing the models as simply complementary to animal studies. Some scientists even expressed concerns that the push to use organoids will make it more challenging to conduct animal research. Many commented that while organoids are proving to be powerful research tools, research will ultimately need to be validated in animal models. Ironically, these animal models have not been formally validated themselves.

It is encouraging to see organoids being utilized across many areas of research. We look forward to the full potential of these continually improving models being realized, as they will make a tremendous contribution to science, and will significantly impact animal use in the process.

What are your thoughts on using human-relevant organoids as models for organ development, drug screening and disease modeling? Send your questions and comments to sciencecorner@navs.org. We look forward to hearing from you.

From mini brains to mini kidneys, an increasing number of organ models can now be grown in vitro.

For more information see: The Scientist

This entry was posted in News and tagged Science First on August 8, 2016.
Comments are closed.