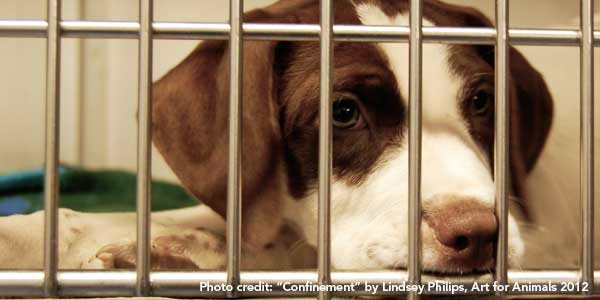 Dogs continue to be one of the most popular companion animals in the United States. Unfortunately, they are also very popular laboratory experiment subjects. Tens of thousands of dogs are used in research each year in the U.S. and in Europe. A recent editorial in Alternatives to Laboratory Animals (ATLA) closely examined the use of dogs as laboratory animals and provided compelling reasons why their use is not justified.

The overwhelming majority of dogs in research are used in studies related to the efficacy of drugs or the safety of drugs and other chemicals. These tests are conducted to comply with regulatory requirements, which indicate that both rodents and non-rodents must be used, as rodent data alone is not sufficiently reliable. So non-rodent mammalian species—often dogs or primates—are tested on. Dogs tend to be the default non-rodent species used because they are readily available and easier to house and handle than nonhuman primates.

Are dogs scientifically useful for this purpose? Scientific data suggests that they are not. Current statistics indicate that about 95% of drugs that pass through preclinical testing—including tests on dogs—ultimately fail in human clinical trials, often due to toxicities not predicted in the preclinical tests. And when looking at the contribution of data obtained from dogs specifically, it has been shown that “92% of dog toxicity studies did not provide relevant information in addition to that provided by the rat.”

The ATLA editorial notes that dogs (and other animals) did not evolve to be models of humans. As a result, there are important differences between us—differences that are directly related to the kinds of laboratory tests for which dogs are commonly used. For example, there are differences between dogs and humans related to the enzymes in our bodies that are directly involved in drug metabolism, as well as in the way we absorb drugs. This may help explain why dogs are poor predictors of drug effects in the human body.

Other studies, including ones conducted by the editorial’s author, looked at the effects of more than 3,000 drugs on humans, dogs and other animals, including nonhuman primates and rodents, and concluded that “tests in one species are not reliably and consistently able to provide significant evidential weight with regard to toxicity or lack of toxicity for any other species.”

With this information, how can the continued use of dogs and other animals in research be justified? Regulatory requirements mandating animal use should be changed, for the sake of animals, for people trusting data from these unreliable tests, and for the wasted time and resources. Much more emphasis should be placed on encouraging the development and use of human-relevant alternatives.

What are your thoughts on this week’s Science First? Send your questions and comments to sciencecorner@navs.org. We look forward to hearing from you.

Preclinical toxicity tests in dogs cannot be used to predict that a new drug will not have unacceptable adverse effects in humans, so they should not be a regulatory
requirement.

This entry was posted in News and tagged Science First on April 18, 2016.
Comments are closed.